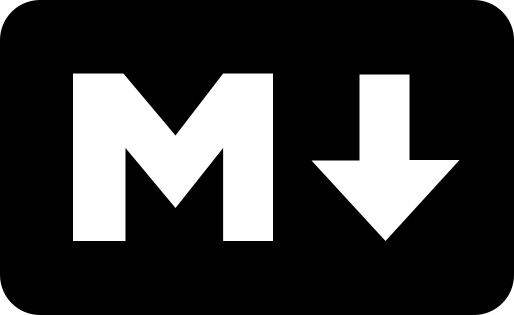 Markdown is simple to write and read, is a format that is easy to convert to other formats like HTML, PDF, etc.
The simplicity of Markdown restricts that the content style could get complicated, allowing for a simple style.

In Markdown you can format the text using the following features:

It will add enphasis to the text when enclosing between asterisc “*” or underlined “_”.

The headlines are defined by preceding the text with a hash “#”, in a way that the least number of hashes the higher the priority.

But besides the first 2 levels can be defined with a line of “equal sign” = characters or “substraction sign” -.

When you need to define code in the text you use the “`” character for code in the same line or 3 consecutive characters for multiple lines.

In Jekyll you can also use pygments to do syntax highlight.

The quoted text is preceded with the greater than “>” sign before each line.

The links are defined by enclosing the text in square brackets next to the link URL enclosed in parenthesis and optionally the link title between quotes next to the URL.

The images are define similar to the links, but preceded with an exclamation sign “!”.

This way we get a simple, clean and styled code.

All new, faster and better site now.
This blog has just remake from scratch switching technologies.
Using now Jekyll, SASS, Foundation, Node.js, AJAX and ESI.
Suscribe to know when I post about how I built it.